What Can Bed Bugs Do To Me? 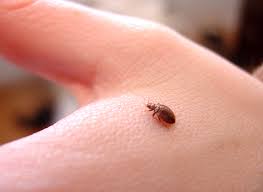 If you ever heard that nursery rhyme “Good night, sleep tight, don’t let the bed bugs bite,” you know these critters bite in the night. But most of us never heard of them in real life until now.

The serious negative effects of bed bugs are more mental than physical, but the itchy bites can’t be ignored either.

The mental effects are stress and lack of sleep. (And then there’s delusory parasitosis—meaning the bugs really are gone, but you can’t shake the feeling that they’re still there.) Even if the thought of sleeping with bed bugs doesn’t keep you up at night, the time and money it takes to get rid of them can stress you out.

Bed bugs can be a public relations nightmare. You’d hope customers would respect a proactive hotel, motel, or landlord who tried to educate them before a problem came in, but that’s rarely the case. Simply the mention of bed bugs can deter customers.

And householders worry what friends, family, and neighbors will say if their problem becomes known. Bed bugs aren’t associated with filth or social status, but many people think they are.

Bed bugs aren’t known to transmit disease. And some people don’t even get marks when bit. But scratching bites can lead to a secondary infection. Resist the urge to scratch. People with health problems and children are more at risk for infection because their immune systems are compromised or they can’t stop scratching.