Can you get anything serious from a bed bug bite? 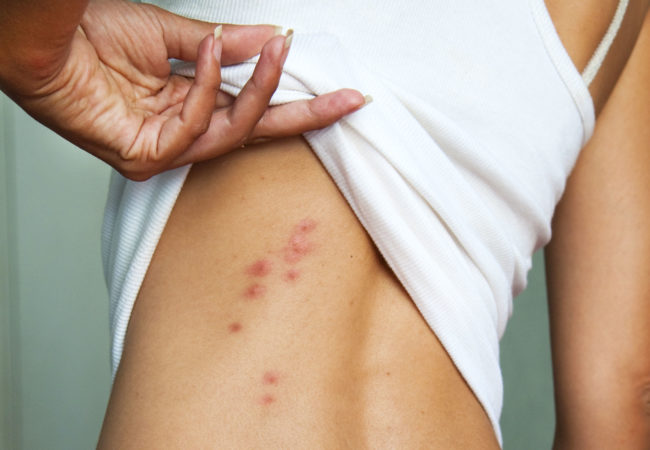 Can you get anything serious from a bed bug bite? Are there physical/physiological effects if you are living with bed bugs?

“According to scientists, naturally occurring populations (infestations) of common bed bugs have been documented to have at least 28 different kinds of human pathogens in their bodies. However, very careful and detailed studies by both entomologists and medical doctors have never shown that those bed bugs could transmit (infect) even one of those pathogens to humans or lab animals. They simply have not been shown to transmit any human disease known so far.

When a bed bug feeds, it injects saliva into its blood-meal host, and that saliva contains several proteins which can routinely cause an allergic response from most hosts. The severity and timing of those reactions depends on the bitten person’s immune response to the salivary allergens, and they can vary greatly from one individual to another.Typical reactions to bed bug bites usually include some level of local reddening, minor swelling, inflammation and itching (which can be very intense, and can sometimes recur without another bed bug bite) at each bite site. A person being repeatedly bitten by bed bugs can be very uncomfortable, develop lots of reddish, itchy welts (at bite sites) and often have difficulty sleeping. The more bugs present, the more bites they inflict, and the worse the problems usually become (tending to be progressive as the bug numbers increase – usually rapidly). Also, some people can be significantly affected by the social stigma of having a bed bug infestation in their home.”

**Courtesy of: Harold Harlan, who was a career bug expert for the military, is a prominent authority on bed bugs!